Last summer, we went on a family road trip and our eldest sons came up with the idea of snatching their teenage brothers from their stubborn head-phoned isolation by listening to some music together. So, thanks to Spotify, YouTube and Bluetooth, we all took turns in sharing some of our favourite tracks.

I was given the first go. Not so much out of chivalry, but because my guys know me and are aware that they’re always going to get a Michael Bublé, so it’s best to get him quickly out of the way. The charming crooner was swiftly swept away by a tsunami of hard or psychedelic rock that got even the youngest ones pretty excited. But the real surprise came when it was the teenagers’ turn. That strange object, the ‘Italian trap’, materialised in the car and acquired a sound identity. Not bad, we Boomers said! 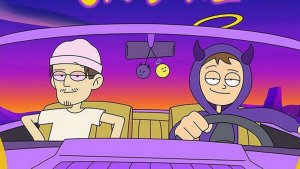 So, when we got back to town, I started listening to ‘trappers’ on a daily basis. I’ve listened to them for a few months when I speed walked in the park (I don’t run or jog, I speed walk). And I have to confess: I was hooked! Before that famous road trip I didn’t really know anything about them. I had only read a few controversial articles about the ‘artificiality’ of their electronic backing tracks and the ‘inadequacy’ of the lyrics, which some people consider counter-educational. To me, these artists sound like new metropolitan poets: they write about what they see, and they sing it at the rhythm of our times. A unique rhythm. The creativity of their scanning is incredible. How much pleasure they take in distorting the natural accent of words, bending them to their own purposes, even torturing them, to make them seem more alive and strange!

The youngest of my children, the one who already has his own vision of the music to come, introduced me to Tha Supreme, a young and talented Italian practitioner of the genre. I particularly like his 0ffline: the rhythm of this song is so close to jazz mixed with funk that it electrifies me and makes me want to dance, while walking in the park, without thinking of those around me and how they might judge me.

So I thought that an experiment was necessary: I had to try and bring together my musical background and the one created by ‘beat makers’ or ‘independent producers’, that is, the self-taught young musicians who provide the backtrack for trappers and rappers. They are digital subjects who operate mainly via the Internet and social networks.

That’s how Skylark Remix by Angel (a 14-year-old producer from Rome) was born. I lent my voice to the experiment (and a very special song). But the sound environment that was built around it stands for a contemporary way of feeling music. I find it full of energy. It makes me think of further meeting grounds.

Skylark Remix by Angel brings us on a road trip towards ‘a valley green with spring’, a future place where genres and generations can hopefully meet. 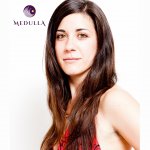 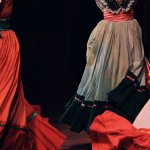